Last weekend, Dr. Roger Andre Søraa (NTNU) presented a paper on the “Onto-Epistemological Boundaries of Craftspeople and their Tools” at Human-Machine Partnerships in the Future of Work Exploring the Role of Emerging Technologies in Future Workplaces, a virtually held workshop CSCW2021 on the 23rd of October, 2021. Below is a summary of the talk:

Together with Kristoffer Nergård and As.Prof. Håkon Fyhn, Søraa and his team are looking at the practical side of robotics. The researchers have been quite curious about the people who build buildings – eg. craftspeople that do a lot of strenuous lifting and have to check that the buildings are made correctly.

The researchers were also curious if any technologies such as robotics are being used to help make this work easier. The researchers are studying new technologies for the building sector. They question what type of social materials boundaries can be considered technology tools, what is viewed as a robot, and how these technologies construct the modern craft person and impact their knowledge as a professional worker.

When technologies such as robots are moving into the construction site, that changes the site. In their techno-anthropological & Science and Technology Studies (STS) approach, the researchers wanted to go and talk to craft people directly to see what they thought about these new co-workers of theirs.

Søraa gave a very simple example as a first technology, the hammer, which is humanity’s oldest tool for building, from about 30,000 BCE. 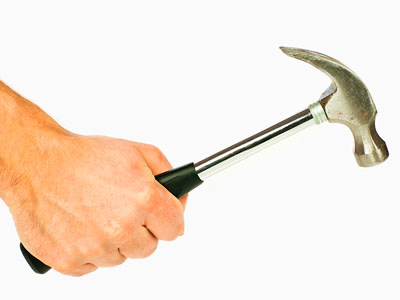 There are a lot of innovations in the hammer it has been used such as a jackhammer, war hammer, and the hammer we know from our homes. Humans are being identified as tool-making/using- species, and even chimpanzees have made/used hammers.

Also, Søraa pointed out that craftspeople’s clothes have specific pockets to carry hammers around. However, learning to use a hammer requires a lot of training, especially since the hammer is not an autonomous technology.

Therefore, Søraa concludes that the hammer shapes the hammer as a tool that shapes society and society.

They are moving from that to a more advanced technology, robots, it’s important to consider why these robots are implemented into craftspeople’s work – for efficiency or safety? And how does it affect the acceptance of these robots?

Now we are at a very interesting point in time; we see a lot of robotics moving to the Norwegian construction site. For example, the Boston Dynamics Robot spot has been used in Norwegian building sites. 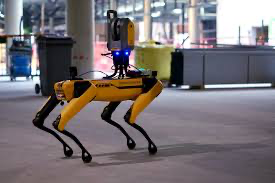 There is quite a lot happening on the construction sites, also in the digital realm. Many building information modelings are being used in the Norwegian construction sector, such as BIM models, which create digital twins of buildings. You have a digital version of the buildings that are being made. Then you have the physical structure that is also being made. And a lot of craft people either work outside in the harsh weather, or they have some colleagues sitting inside and making them inside the nice warm offices. There are some potential conflicts between these two types of workers. Then you have a new type of worker, the robot, that moves around often in the night and checks if the buildings are built correctly or if any errors need some discipline.

Søraa and his team are quite curious about the autonomy and power between the workers inside the offices, the workers outside that in the construction site, also the robots that move around between them. Above are the examples of craftspeople that they are looking at. The craftsperson below cutting a specific cupboard to fit the BIM model has told him what to do. The machine actually is doing the cutting work and tells him what to do, and he is just putting it there to be made correctly.

Robots and craftspeople both work in the boundary between the physical building and the digital models – creating new forms of craftsmanship, so it is not wielding the hammers and hammering the nails anymore. It is quite complex nowadays.

For example, Søraa and his team see the posthuman worker for the future of work with machines provides epistemic challenges for what a craftsperson should be and what a craft person should know. And it is a matter of cultural, social, and organizational factors that affect the future of work where the new technologies can also lead to the deskilling of work. So it is not only about becoming an expert in using robots, but it can also be the robots taking some of your work away from you and being deskilled to do effortless work.

Although it is essential to be situated area, the Nordic context, Søraa sees that the craftsmen and workers they have been studying conceptualize work as more than a means to survive; it is also a career. Whether machines replace humans, they find themselves working alongside them or working within machine systems. The researchers see that automation and robotics in the construction site radically transform what it means to be working in the construction sector.

How can future work-life provide a meaningful and secure place for human workers? 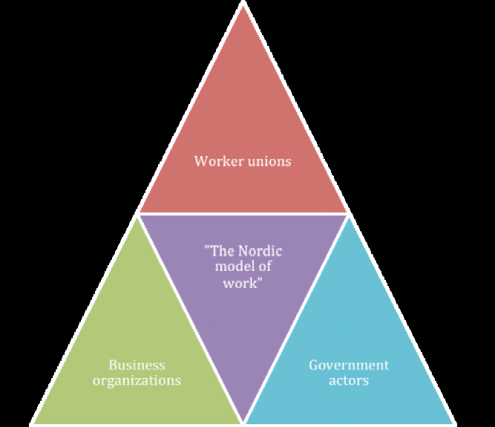 Lastly, Søraa situated it in the Nordic work model, where Norway has worker unions, business organizations, and government actors coming together regularly and sitting down and discussing what we should do to change the sector what it needs to remain. And right now the researchers see that Norway has a new actor in the model, the robots in the three-part model, although the collaboration is a bit unsure.

The working/crafting human conceptualizes work as more than a means to survive. 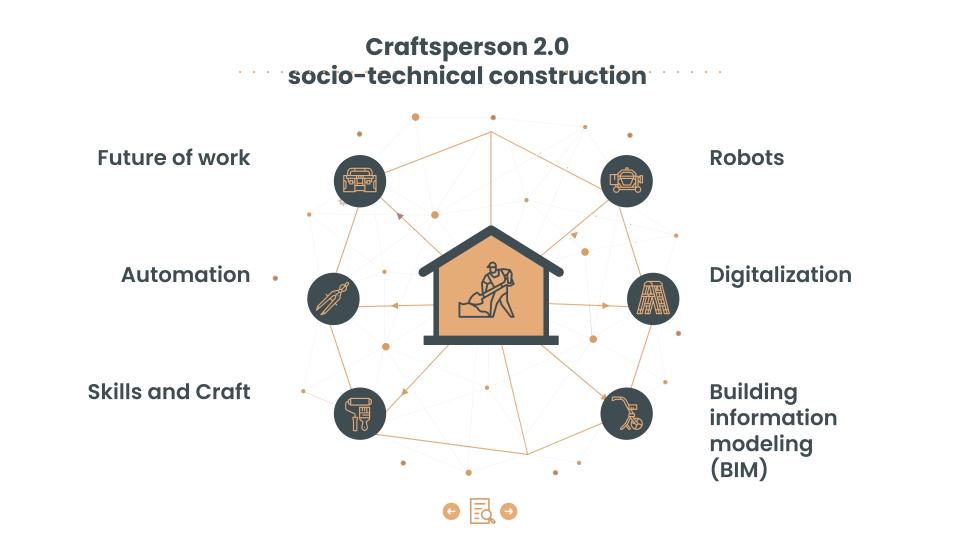 The researchers conceptualize this as “Craftsperson 2.0”, where we have the future of work, automation, skills and craft, robots, digitalization, building information modeling (BIM), altogether creating what is being a craftsperson, which is not the same as what it was yesterday.

A question that came up was about the role of unions. Norway as a Nordic country has a union rate of about 50 percent. Sweden is about 67 percent, Finland has a similarly high amount at 60, and Iceland has almost all workers unionized. Although it is quite different from North America, where it is much more contested, it is not mandatory here in Norway but quite normal to be in a union. The supervisor often recommends you join the union, and they are probably also in the same union. Søraa thinks it helps in security in moving forward together, but we see many worker issues in terms of projects are being picked up by the lower bid, for example, and the building mistakes are being made.